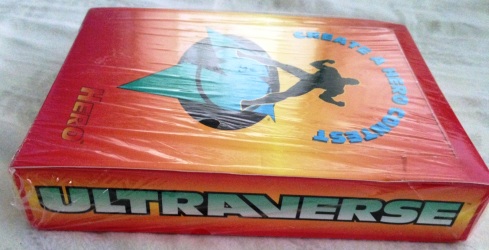 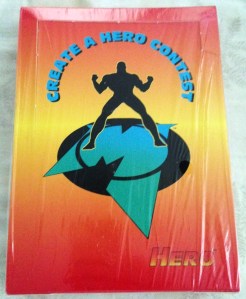 I won this in an auction for about $20 shipped. I still don’t know exactly what it is. According to some folks over at the Ultraverse Facebook page, it’s a box of entry forms for an abandoned “Create a Hero” contest that was done with Hero Illustrated magazine.

It’s still sealed and I don’t feel like busting it open. It has the same heft and feel of an unopened box of cards, and is about the same size.

There are some small traces on the internet that this contest actually existed and a few people won prizes, but I don’t think the characters actually saw print. So here I am with just another little Ultraverse artifact.

I picked depluto as a screen name years ago when I signed up for AOL. I still use it for a lot of things including posting on some forums. END_OF_DOCUMENT_TOKEN_TO_BE_REPLACED
This entry was posted on Monday, February 10th, 2014 at 11:40 pm and tagged with Create a Hero contest, Hero Illustrated, Ultraverse and posted in Cards, Other stuff. You can follow any responses to this entry through the RSS 2.0 feed.
« Another Prime watch
Factory set of Ultraverse cards »