I own a few oddball Ultraverse things, but this might be near the top of the list. A local comic shop (since closed) was using this to display trade paperbacks. I asked the owner how much he wanted for it and he said $70. I tried to talk him down but he wouldn’t budge. Bah! 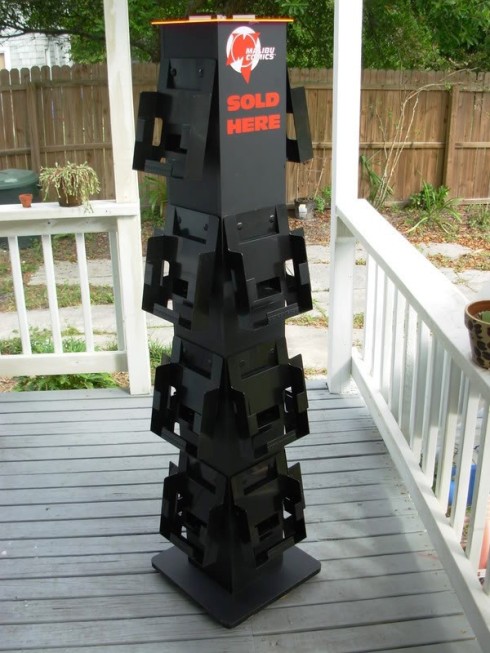 I thought about it for a bit, but figured I would never be able to buy something like that on eBay. It’s pretty heavy due to all the particle board, and shipping alone would be expensive. And nobody else in town had one so I buckled and paid his price.

And now I don’t even have a place in the house to display it. I stuck it up in the attic. It’s still pretty cool, though. 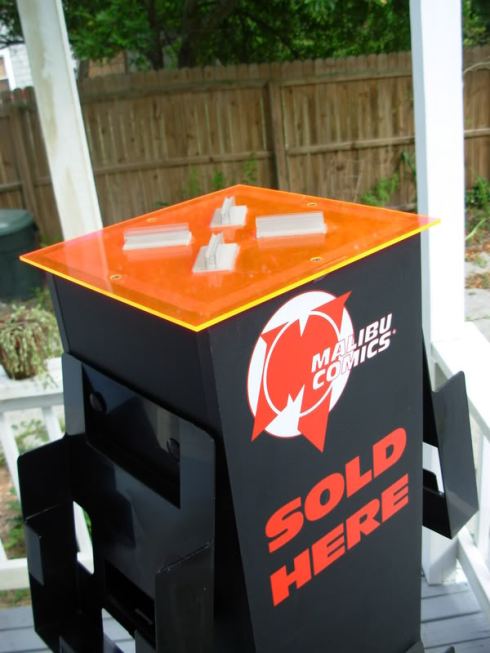 I picked depluto as a screen name years ago when I signed up for AOL. I still use it for a lot of things including posting on some forums. END_OF_DOCUMENT_TOKEN_TO_BE_REPLACED
This entry was posted on Friday, August 19th, 2011 at 12:42 pm and tagged with Spinner racks, Ultraverse and posted in Other stuff. You can follow any responses to this entry through the RSS 2.0 feed.
« Night Man and Gambit variant
Hardcase 1 cover for sale »